FrameTrail has been developed at Merz Akademie Stuttgart in the context of the remediate research project, mainly funded by "MFG Baden-Württemberg" (centre of excellence for creative industries, media, and film) and "Landesanstalt für Kommunikation" (LFK, Media Authority of Baden-Württemberg). The goal of the research project was to "explore the historical changes being undergone by the cultural technologies of film and television in conjunction with new media".
In the sub-project "Reverse Remediation - Overcoming the Seamless Discontinuity of Hypermedia", the media-theoretical foundation has been built and several approaches towards film as a means to access document archives have been experimented with. Basis for todays' developments was a Bachelor's Thesis on the subject of "Open Hypervideo as Archive Interface" (2012), which resulted in a prototypical implementation of Open Hypervideo and a first use case. In several iterations, the developments were continued and additional use cases could be explored in follow-up research projects, carried out by Merz Akademie and lead by Prof. Mario Doulis.
In 2016, Open Hypervideo was officially launched under the new name "FrameTrail" and published under an Open Source License.
In 2017, FrameTrail received public funding by the German Federal Ministry of Education and Research (BMBF) via the Prototype Fund to develop new video annotation technology and interfaces. 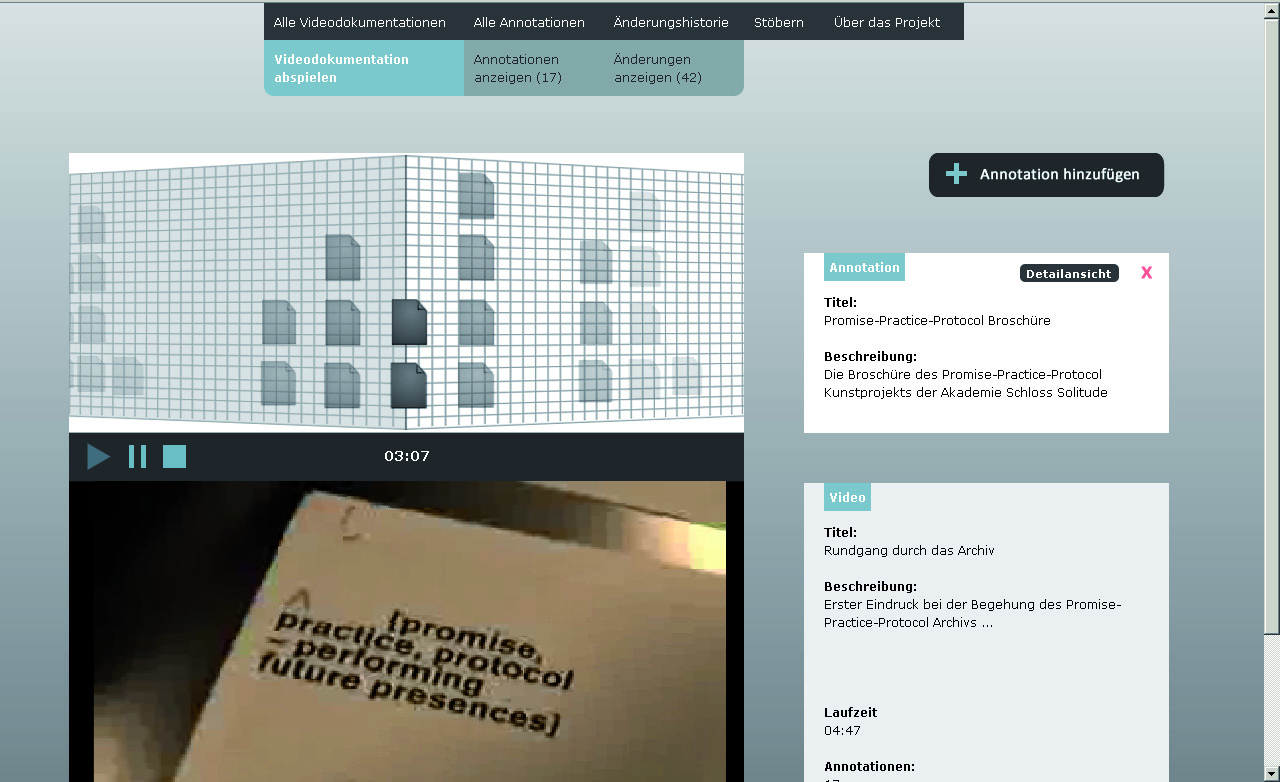 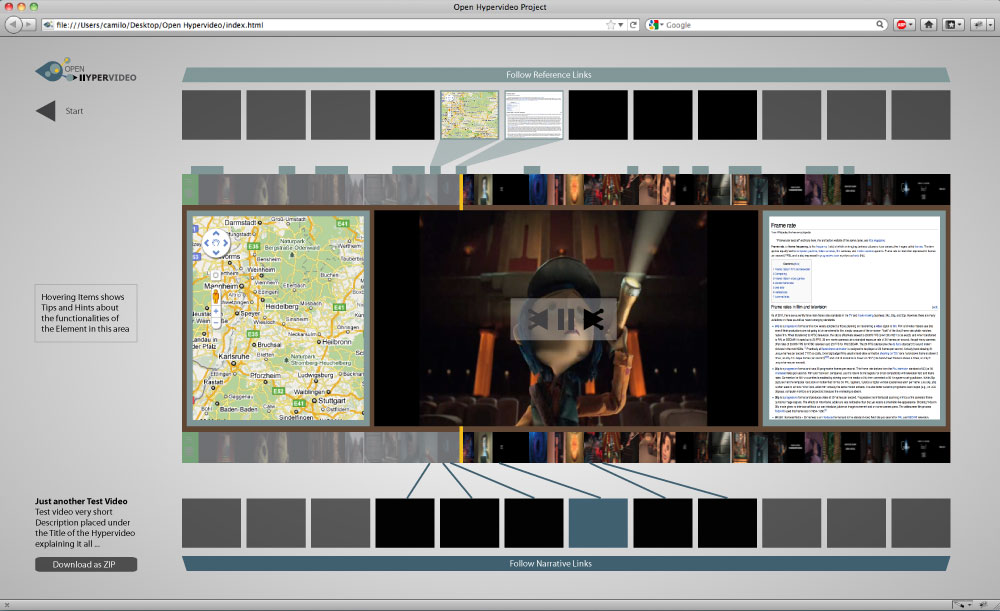 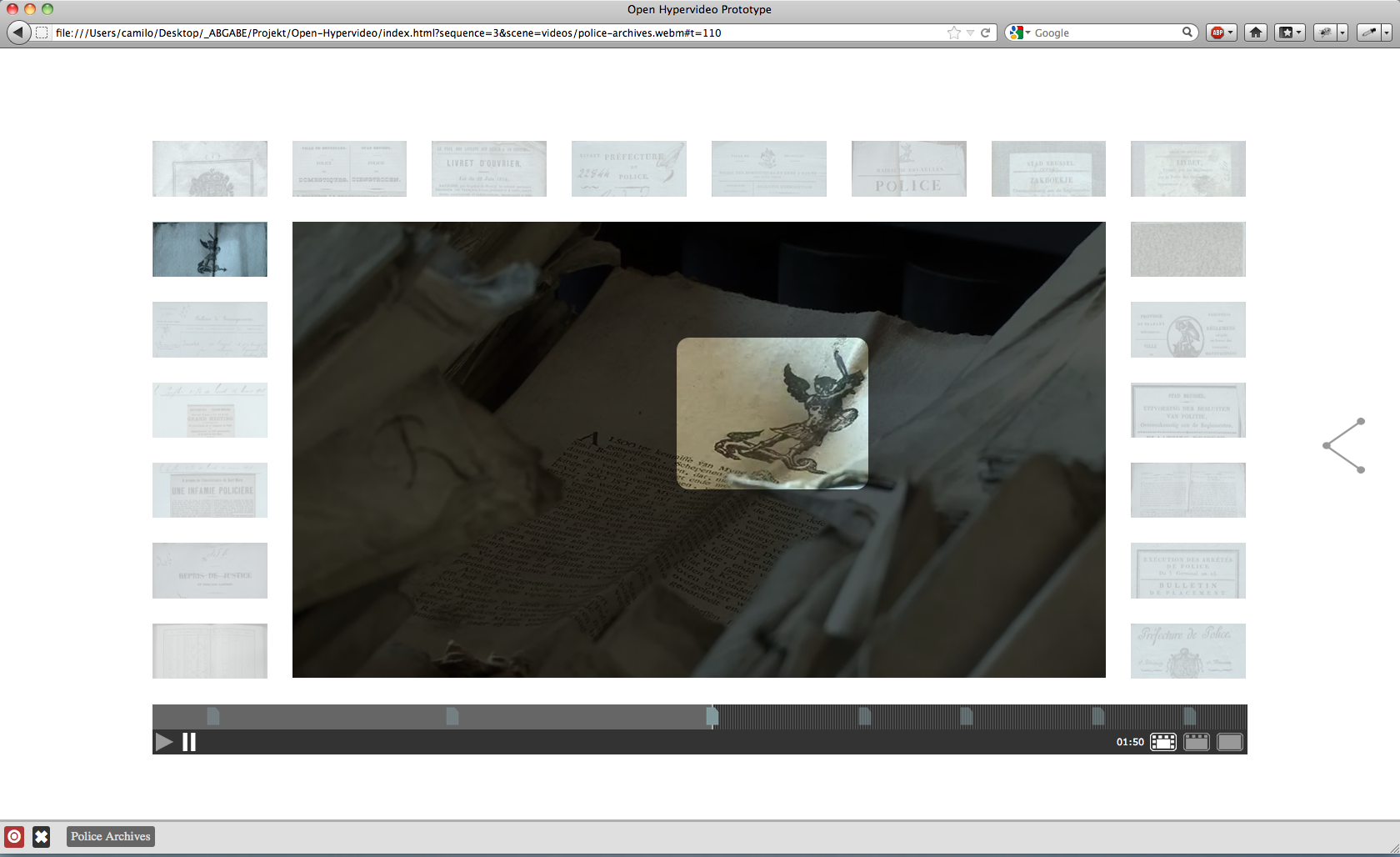 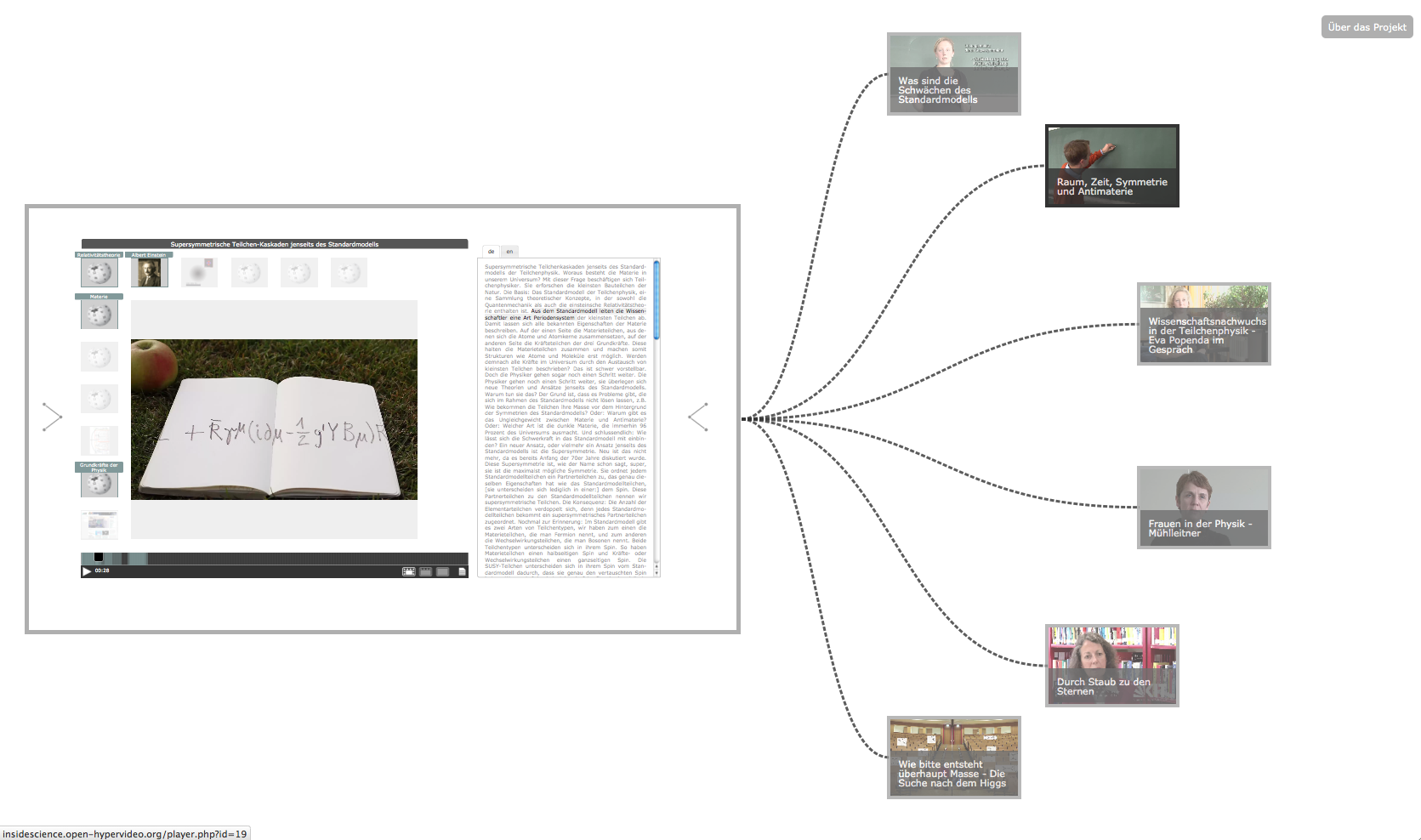 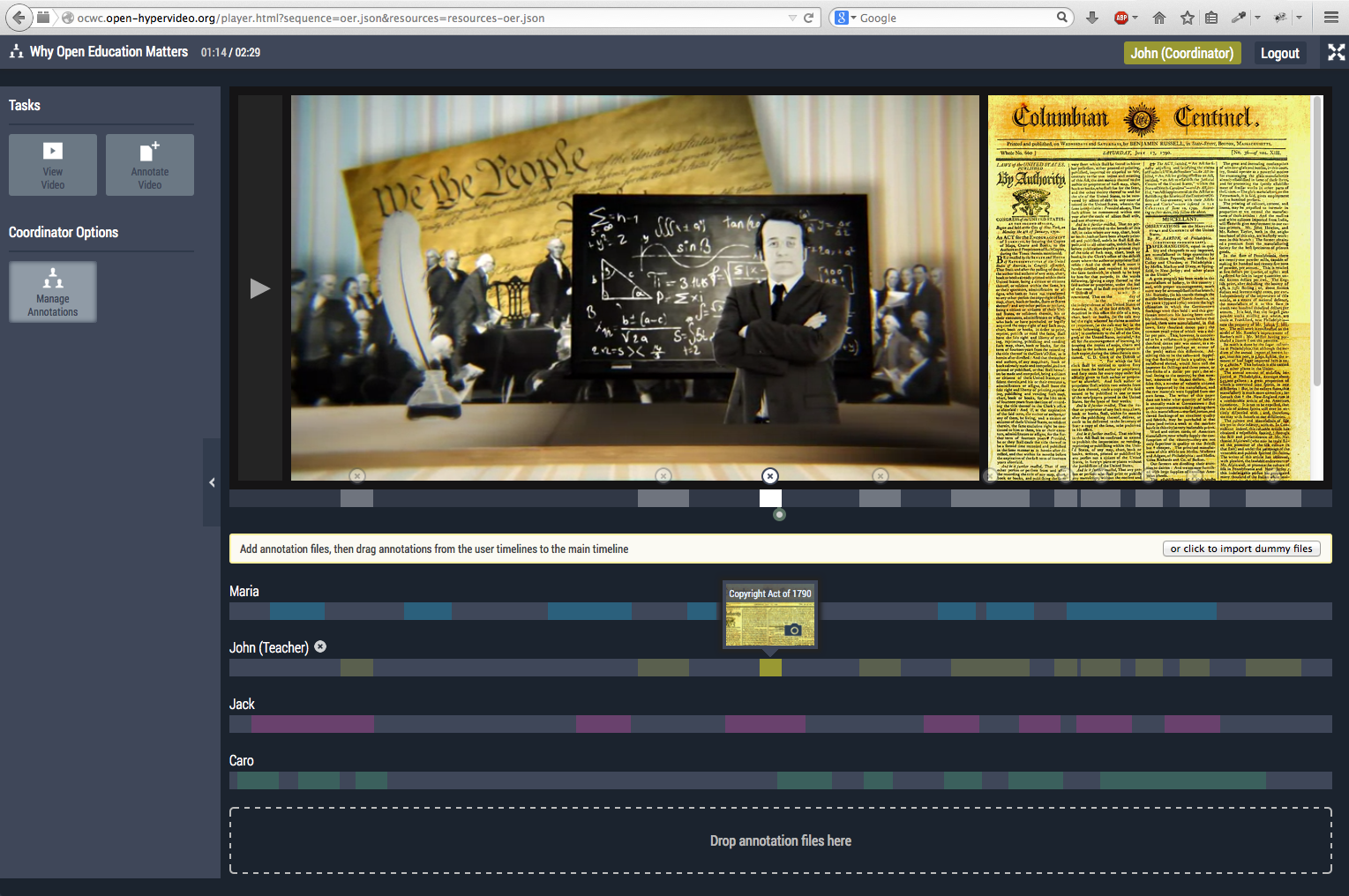 After re-starting several times from scratch, we were finally able to release a well-documented application. Some features of previous versions got lost on the way, but will be integrated into FrameTrail step by step.